This last one is a radical point as the cost of a swap station is huge (Better Place invested 1M for each of theirs), however the article points out:

“our capability to rapidly swap out the Model S battery pack and the development of specialized public facilities to perform such swapping, which do not currently exist but which we plan to introduce in the near future”

They are clearly thinking about it. If they do this it is seriously big…. The majority of humanity lives in cities and the majority of car owners do not have a private garage. Battery swapping is just about the best way to solve the recharging problem for these people in my opinion.

It was about 10 days ago when the NYT published John Broder’s negative article about the Tesla Supercharger network and the Model S’s inability to drive up and down the East coast in cold weather.

Elon Musk’s response was quick and direct, calling the article “fake” and later publishing details of the car logs that showed Mr Broder failed to charge the car adequately. He also claimed have driven slowly (45mph) and without heat when the logs show he went at highway speeds and kept the cabin at 72F.

To add ridicule to the NYT artice CNN took a model S on the same journey 5 days later and had no trouble.

And then, spontaneously owners of Model S’s on the East coast did the same journey retracing the exact steps Mr Broder took, and had no trouble either.

I think that Boston to DC trip will become legend – the journey to do in any EV to show it has made it. 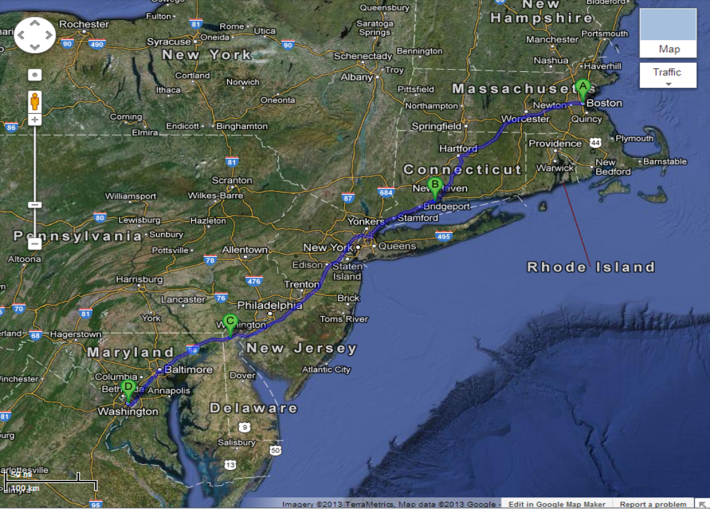 So, with the situation getting to the stage where the general EV-loving public were weighing in heavily and ridiculing the NYT article, their public editor published a final analysis, stating the journalist had demonstrated problems of precision and judgement.

The Tesla stock price (market sentiment) has tracked this situation faithfully dropping about 10 % and now, with the NYT admitting defeat, recovering those loses.

All in all a fascinating process. Few would have Elon’s guts to face up to the NYT, and their oil-loving journalist (who has been clearly anti-EV in the past), and very few businesses would get the kind of public support that Tesla has had throughout.

It has been a test of Tesla’s resolve, and they (we) have all come out on top. 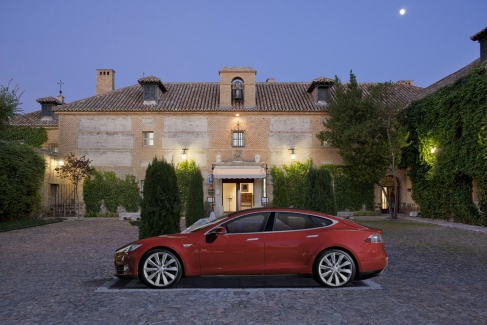 Men’s Health, not the most ecologically-minded publication out there, published a highly positive article about the Tesla Model S. More interesting than their comments about acceleration, ride comfort or the awesome screen are their comments about what Tesla Motors and it’s daring team actually are doing…

The alternate universe from the title of this post is from the article. A universe where every challenge and obstacle is met with the question “why?” or “why not?”! From taking on the US auto dealerships head on, to making charging free, from sticking the internet up front and center on the dashboard to the obvious revolution in the drive train, Tesla are making no concessions and giving no ground.

In a world too easily stuck in the mud of politics, vested interests and the status quo the value of these technological revolutionaries is rarely recognised by the mainstream press.

I would not have expected such sharp insight from Men’s Health to be honest, but its a publication with broad appeal and may suggest the wider public is not incapable of appreciating how fortunate we are to have the likes of Steve Jobs and Elon Musk driving us forward.